These drawings range from 2003-2006. The first drawing "gentrification" began as an experiment to put these cat and leopard figures into a landscape where they could cause havoc on the local population. What better place to have that happen than outside my apartment in Jersey City, New Jersey. The earlier drawings, 2003-2004 drawings developed into a combination of many areas of Jersey City, Brooklyn and Queens. I would spend weekends traveling to different parts of town, taking pictures of grafitti, sidewalks, buildings and bodega's. I loved the idea that most of these streets all had the same 5 shops; a liquor store, a deli, a hair solon, a dollar store and a child day care. I also loved the the idea that nothing was truly "fixed" in these areas. If something was broken, duct tape and plywood seemed to be the material of choice. The later drawings, 2005-2006 became much more colorful and not as "depressed.' The cactus's became bigger, large area of color replaced abandoned parks and a focus on one large institution like a dollar store or a supermarket replaced numerous streets lined with bodega's and deli's. Collage was introduced and the act of putting these drawings together became more fun and more important than the narrative of what these figures were actually doing. 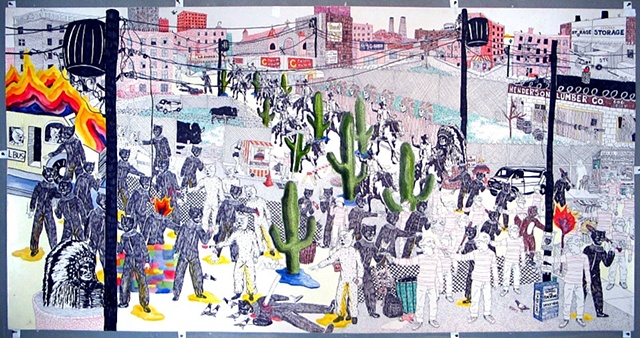 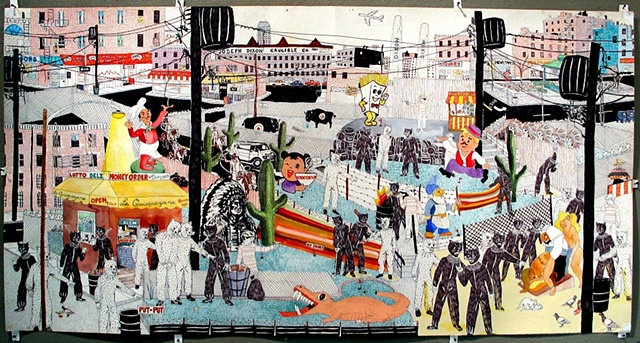 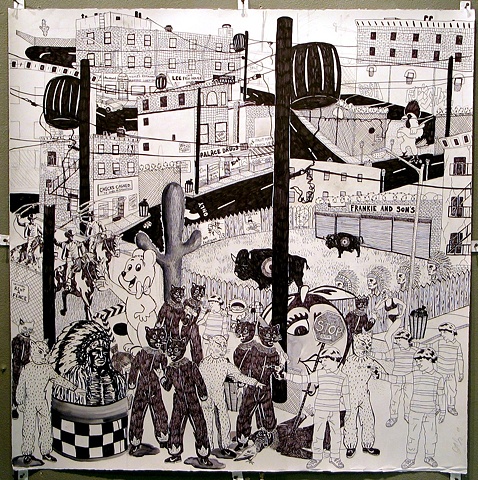 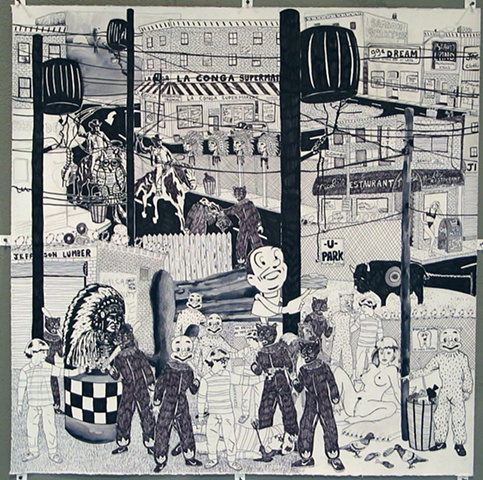 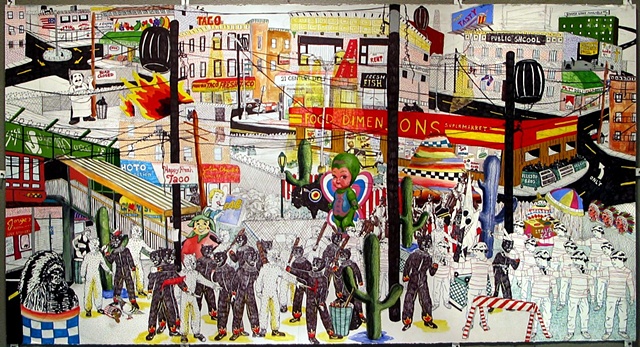 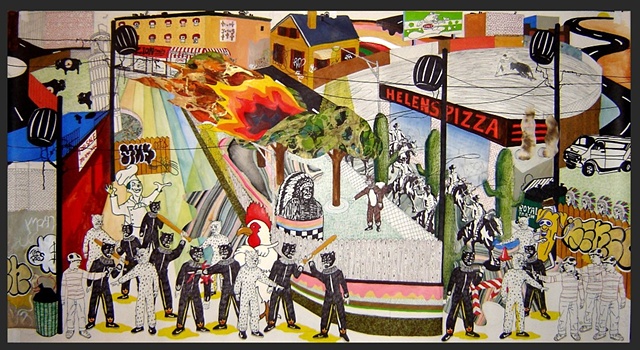 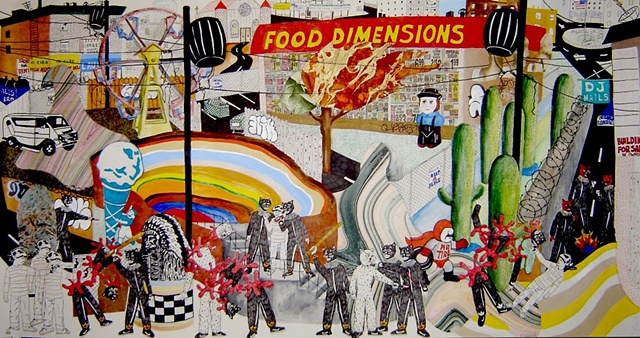 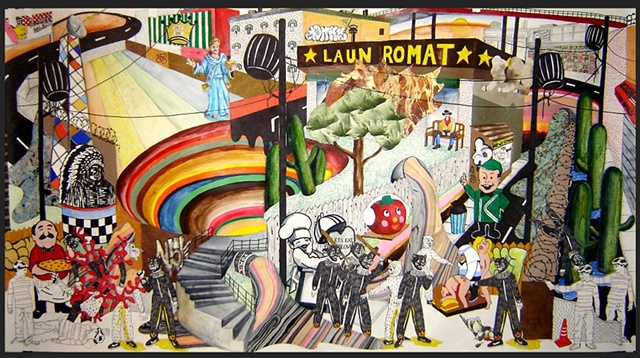 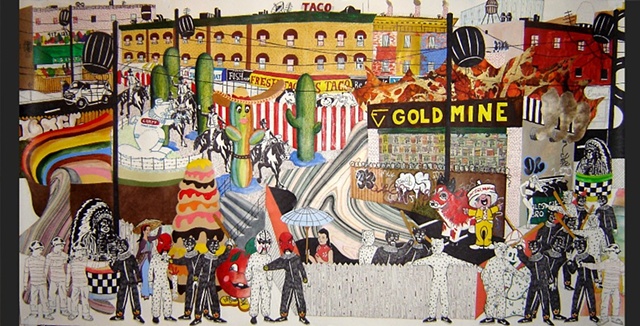 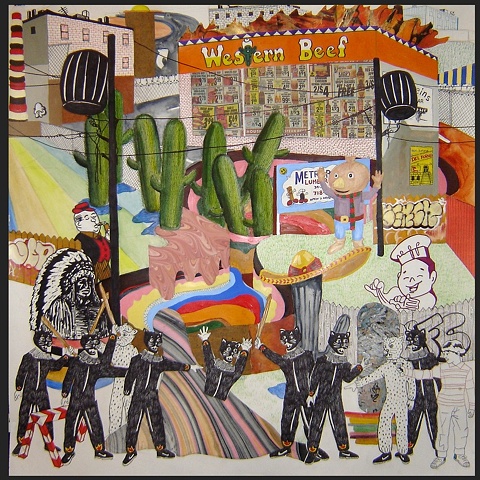 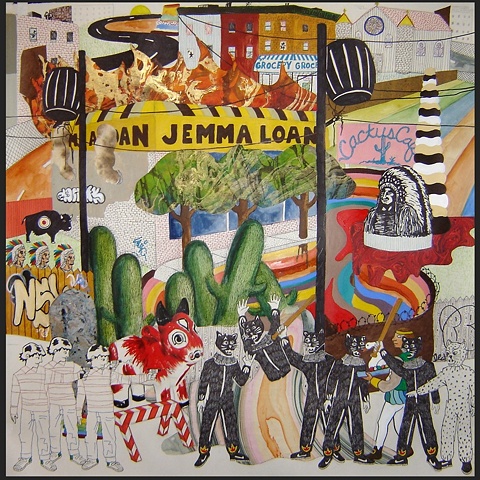 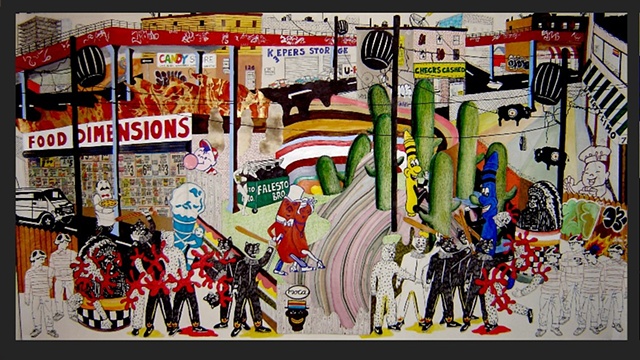 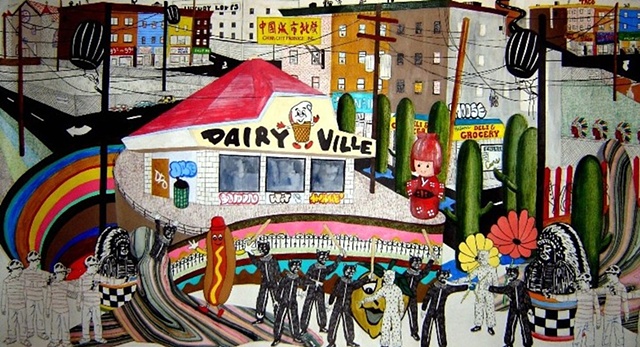 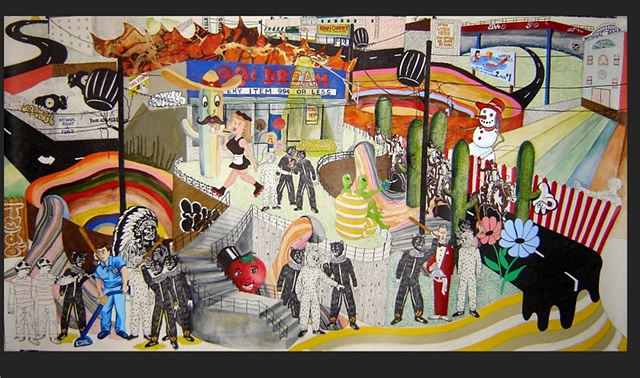 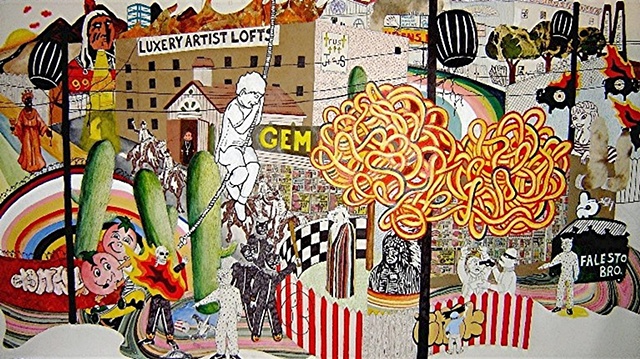 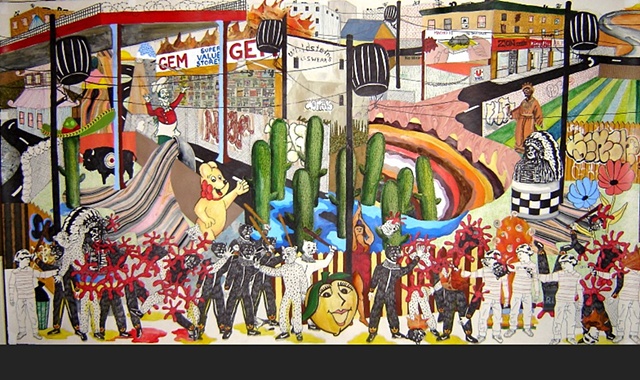 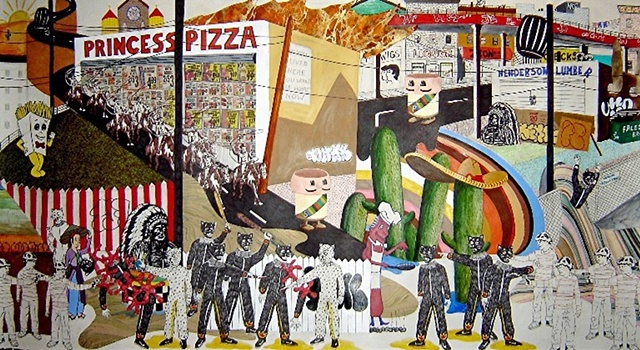 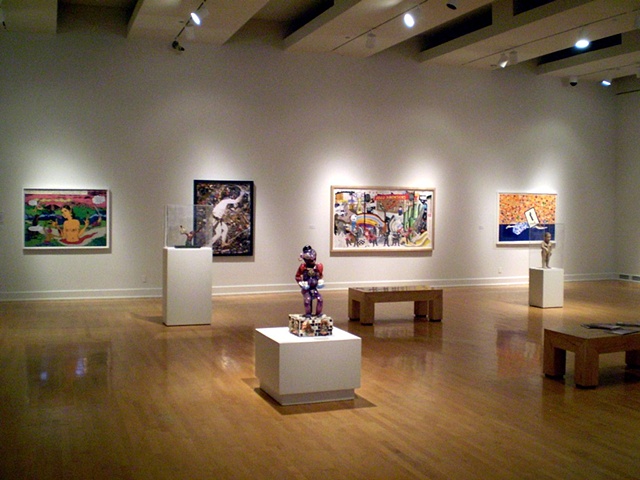